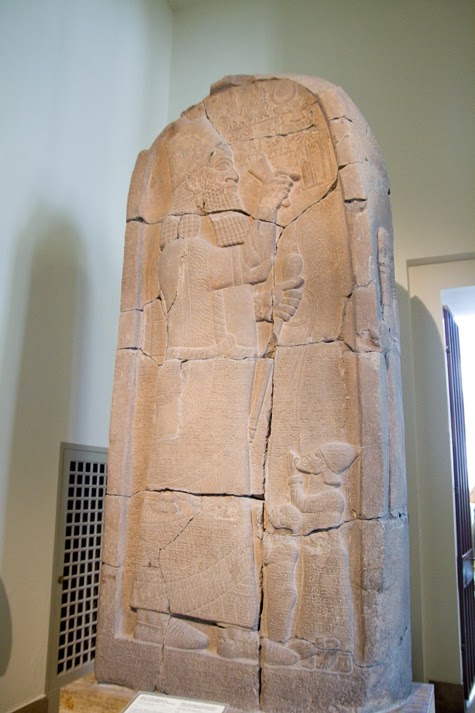 Esarhaddon was an Assyrian king noted in Biblical passages such as 2 Kings 19:37. He erected the monument shown in the picture to commemorate a military victory in Egypt. The dolerite monument is over ten feet high and was made in the 7th century BC. It was found in 1881 in the modern city of Zinjirli, Turkey, and the text is written in the Akkadian language using cuneiform script. Esarhaddon himself is depicted in the carving, which is now located in the Museum of the Ancient Near East, Pergamum Museum, Berlin.