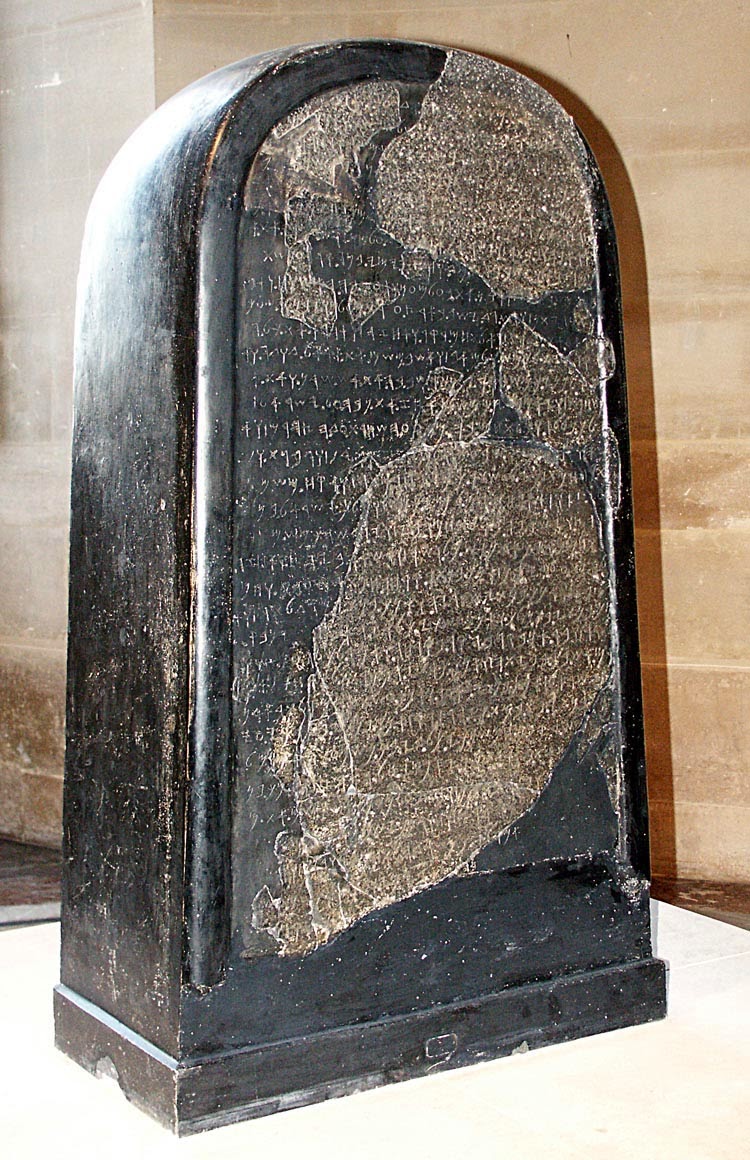 The Moabite Stone, also called the Mesha Stela, is an inscribed black basalt monument written in the Moabite language in c. 835 BC. It stands nearly four feet tall and was found in 1868 in the land of ancient Moab, now modern Jordan. It contains references to Biblical figures such as Israelite King Omri and Moabite King Mesha (cf. 1 and 2 Kings), as well as the covenant name of God, YHWH (cf. Exodus 3). It is now located in the Louvre.