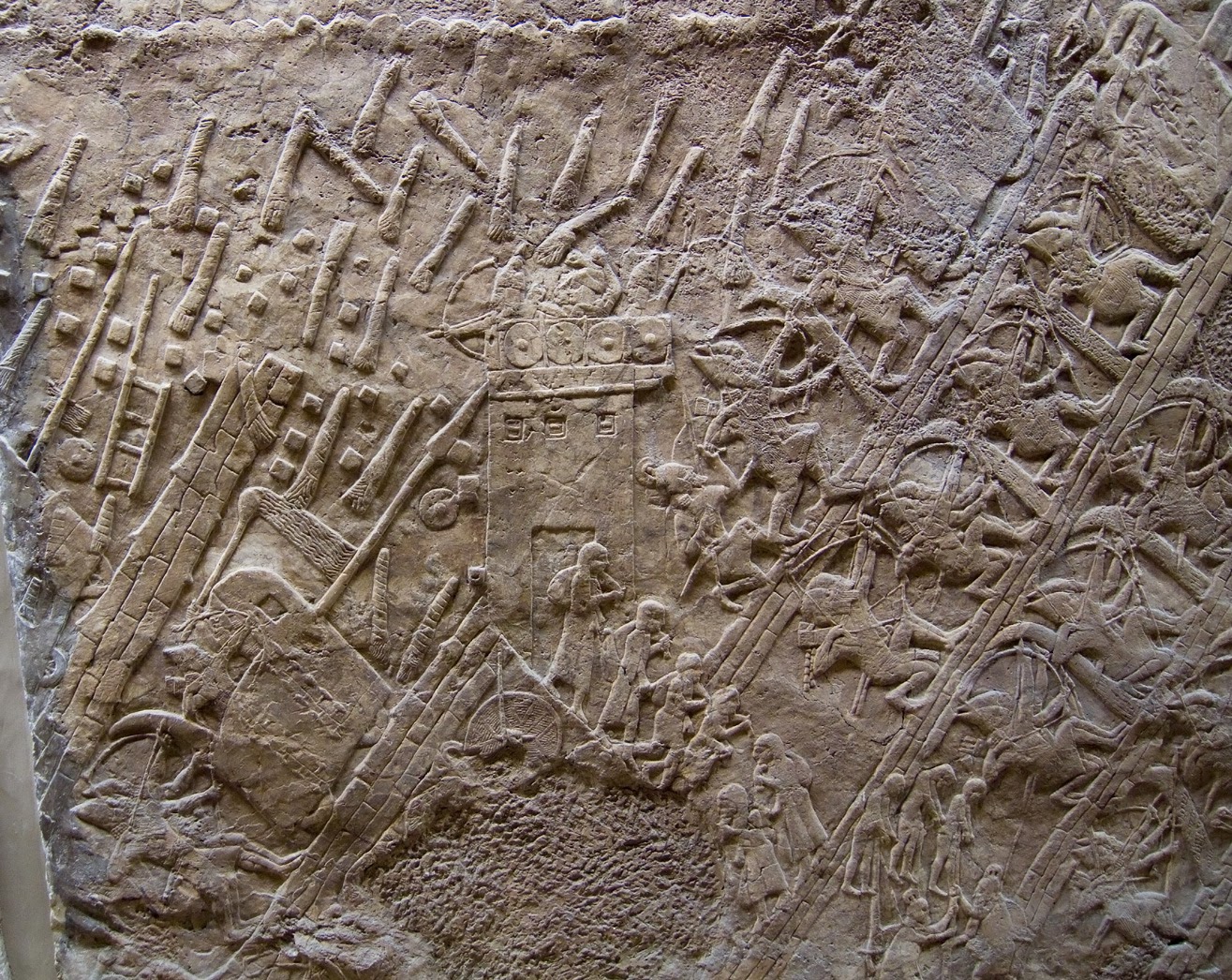 This wall relief carving depicts the siege of Lachish, telling the story from the Assyrian point of view. The carving was created in c. 700 BC and was discovered in the 1850s in the ancient city of Nineveh, Assyria. The full original panel measured sixty-two feet in length and was nearly nine feet tall. The same events are recorded in the Bible in 2 Kings 18-19. The relief now resides in the British Museum.